PRECI AND ITS SCHOOL OF SURGERY

History can be a funny thing. Sometimes, prohibition can end up being quite antithetical to the goals it had in mind in the first place.

The ban imposed on the monks of the Abbey of Saint Eutizio by the Lateran Council of 1215 regarding practicing surgery on the human body forced these men of the cloth to pass on their specialized knowledge to the inhabitants of the surrounding villages, especially nearby Preci. Given that the art of butchery was already the staple trade of the town, learning the art of medicine came rather naturally to the villagers. The surgeons of Preci came to be known as “empiricists” since they never studied medicine at university but rather developed their competencies through experience, the teachings of the monks, and from ancient manuals they had carefully preserved. This vocation was passed down through the generations, from father to son to grandson, and the reputation of the surgeons of Preci and Norcia came to be known across Europe even in the courts of sovereigns and popes. One of the most illustrious medical families of this region were the Scacchi (Cesare Scacchi being the most renowned). The reputation of this family became so great that Queen Elizabeth I of England, whose vision was so afflicted by terrible cataracts, desperately called on Cesare Scacchi to perform surgery on her eyes. The reward for restoring her eyesight was a thousand crowns.

On the first floor of the Abbey of Saint Eutizio, one can examine the reproductions of some surgical instruments from the Middle Ages, medical texts, an alchemist’s laboratory for the preparation of medicines, and a small pharmacy. 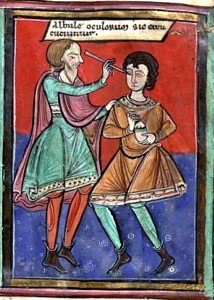 Medieval cataract surgery. Queen Elizabeth I of England called on Cesare Scacchi from Preci to perform such an operation on her. 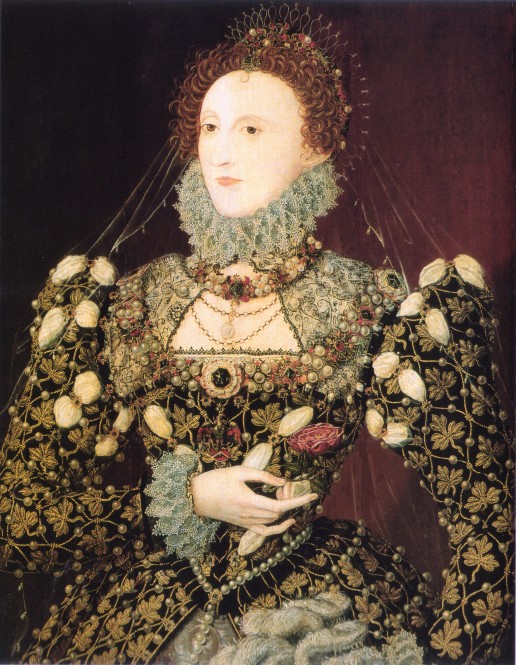 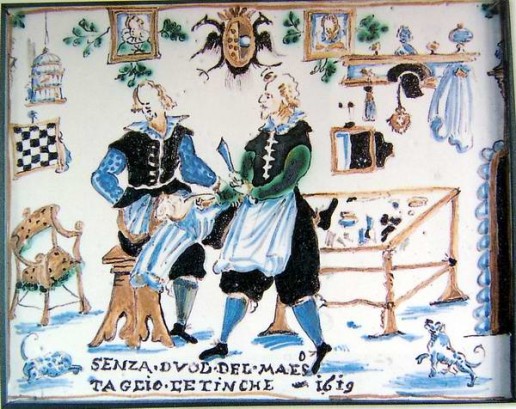 Painted ceramic depicting a surgeon from Preci performing an operation on the testicles of a patient. The writing reads: WITHOUT THE DOCTOR’S HELP, THEY WOULD HAVE BEEN REMOVED, 1619 [Source: “Traces of a Historic and Artistic Itinerary from the Abbey of Saint Eutizio of Preci”] 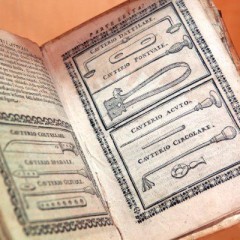 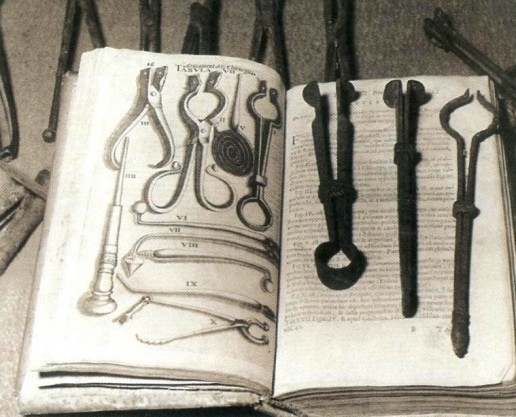 Today, the Museum of Surgery of Preci exhibits a significant collection of historic writings and medical instruments.